How to move forward 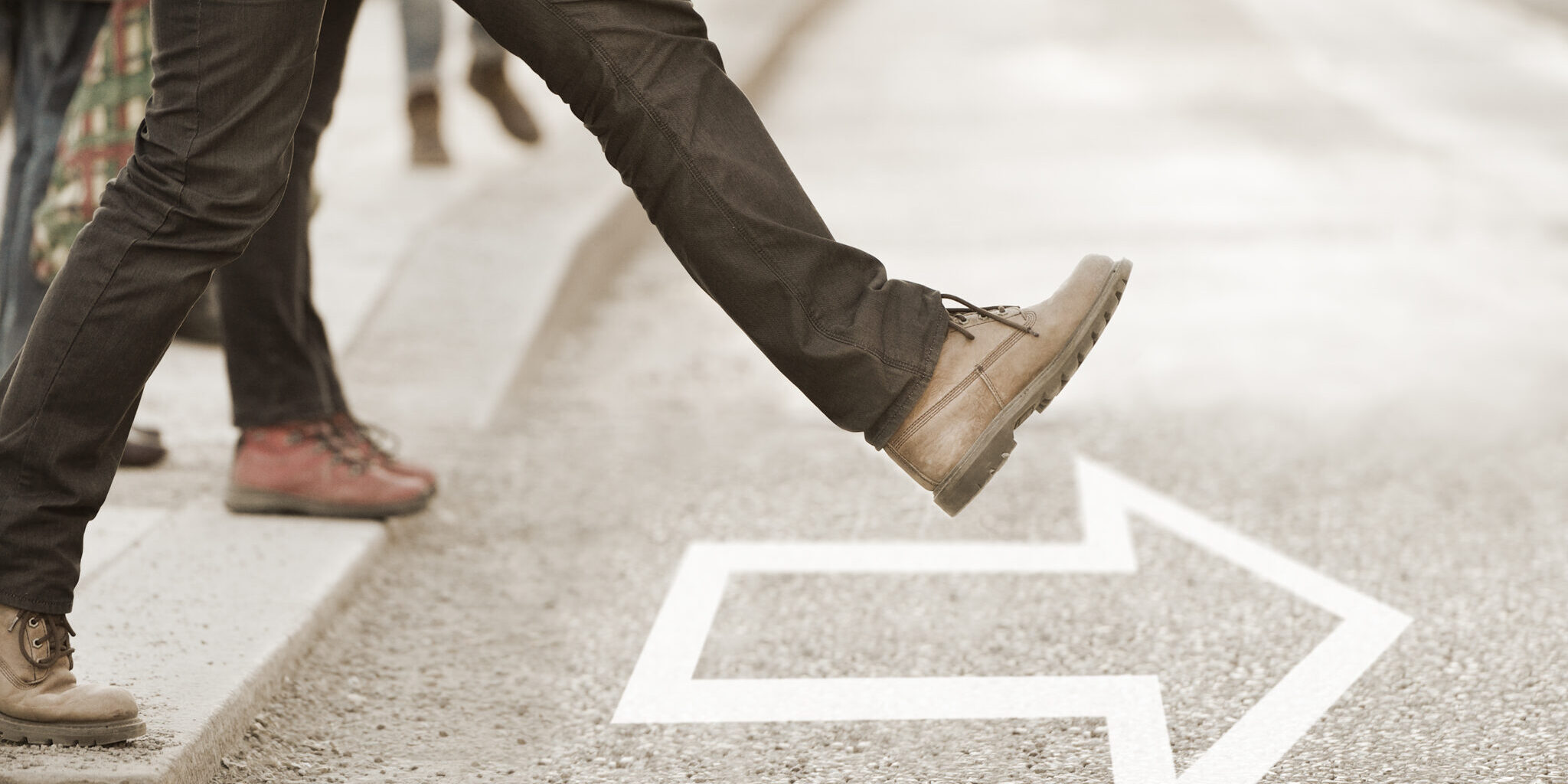 I have two shocking propositions:

But in many ways, we may be conditioned to see all this bad news because as a species we are programmed to spotlight what is bad.

There’s lots of research to back that up. Our tendency is to remember negative experiences (like that time as a child when we touched a hot stove) more than positive experiences, like getting an unexpected toy. As Laura Carstensen, a psychology professor at Stanford, told the Washington Post, in general we tend to notice the negative more than the positive. “Many psychologists think that this has evolutionary roots,” she said. “That is: It’s more important for people, for survival, to notice the lion in the brush than it is to notice the beautiful flower that’s growing on the other side of the way.”

The unintentional impact of wearing our dark sunglasses is that they make everything look bleak. It stymies our impulse to take action. If there’s no hope for the future, well… why do anything at all?

Luckily, there are three things you can do to slip off those dark sunglasses — and no, we don’t want to put on the rose-colored glasses either. What we need is to see things with the clarity of daylight, so that we can gain control of our own programming, and our own lives. Here’s how to slip the shackles of negativity and actually move forward in life.

Because we’re wired for safety — for spotting the lion in the grass and staying far away — we’re hesitant to pursue opportunity. Economists call this “loss aversion bias,” and you see it when people who are presented with investment opportunities focus on the risks associated with the investment rather than the potential gains. It might make sense if you’re facing retirement, but it doesn’t make sense when what you’re risking is far less than the potential reward. You’ve probably seen this dynamic at play on game shows when the contestant will choose the $10,000 she’s already won over risking it for the $100,000 she might win; rather than recognizing the potentially life-changing $100,000 for the opportunity it presents (because, if properly invested, it could return ten times that amount over time), she believes she’s already won that $10,000 and would therefore lose it if she pursued the $100,000. This orientation against risk also plays a role in why 70% of Americans still live where they grew up: Venturing further afield entails risk.

So let’s ask, What if we looked more closely at opportunity? What if we sized up the opportunities presented by solving problems or embracing change, and rather than immediately rejecting them, we actually entertained the notion of doing something about them?

True entrepreneurs aren’t easily daunted. Neither are dedicated public servants or people running non-profits, because they’ve signed up for a cause. While an individual day here or there might get them down, their dedication to their mission — to financial or social improvement — keeps them focused on the opportunity to solve it. And that keeps them moving forward.

When developing the filament for the electric lightbulb and long after most people would have given up, Thomas Edison literally burned through more than 6,000 tests before discovering that a carbonized cotton thread would stay lit for 14 hours. Was it perfect? No. But it was a leap forward, and ultimately led to the lighting we now rely upon.

Because Counterintuity is a marketing company, clients bring us challenges and opportunities every day. Sometimes, a client will sound daunted. I get it. Everyone has those moments where it just seems more sensible to say no, or to give up — that the challenge of getting people to adopt a new system that will absolutely improve lives is too great, that the area or industry we’re trying to help is too large, that it’s all impossible and it’d be easier to keep doing the small thing we already know. Here’s what I generally say:

Being “pre-defeated” is when we’ve given into our anti-opportunity programming too early. Like, at the equivalent of filament #2. Usually, it’s because the task ahead looks too large, and because we’ve constrained our thinking in another way. We’ve limited our options.

What should we do about that? Easy: Develop more options.

Here’s how most of us make decisions most of the time: by answering “Yes or no.”

In other words, we turn things into a binary choice between one option or the other.

Even the polymathic Benjamin Franklin did essentially the same thing, by advocating a “pro or con” table as a decision-making tool. With all due respect to the astonishing Dr. Franklin, his system amounts to just putting yeses and nos into a table so you can compare and contrast.

If your range of options is always limited to yes or no, you’ll most often choose no. That’s because, again, your psyche is oriented toward no. It’s generally safer, and generally known.

The good news is, there’s a completely different way to approach decision-making, and that’s to open up optionality. Widening the range of options by exploring the paths that mediate between yes and no can lead you to better and more interesting choices.

How can you do that?

By making your question more conditional.

For example, instead of tackling a problem this way: “Can I get millions of free pairs of shoes into the hands of people who need shoes but can’t afford them?” — which sure sounds like it’s on the road to “no” — you might instead ask, “If I wanted to distribute millions of pairs of free shoes, how could I do that?”

This, by the way, was the founding idea behind Toms Shoes: to give away free shoes to people who need them. To date, they’ve distributed over a hundred million pairs of free shoes. They didn’t approach the problem by asking yes or no, because the idea of giving away a hundred million pairs of anything seems daunting. Instead, they asked how they could help get shoes onto the feet of poor people.

Now, how do you keep things positive? By doing this:

Every day, I’m struck by how creative people in all walks of life can be — including my friend who’s a church pastor, the very smart leaders of my non-profit theatre company, the client whose company stands an excellent chance of revolutionizing healthcare, certainly the team of creatives and sharp thinkers I get to work with at Counterintuity, and my friend who has a great new marketing idea pretty much every day for the influential rock band she manages.

These are all what I call “Yes, and…” people.

“Yes, and…” people know how delicate creativity is, and that it needs to be nurtured — and not shot down.

Oh, for sure our responsive gray cells compel us to immediately respond to whatever bright new idea with “Wait! That won’t work!” But these people are smart enough to ponder first. Because either innately or through training, they defer to “Yes, and….”

“Yes, and…” is an improv term that prompts the scene partner to accept the terms laid out by the other participant… and then to build upon it.

Player One: “It sure was nice to get away from that crowd.”
Player Two: “Yes, and this is a really nice boat we’re on!”
Player One: “Too humble by far! I mean, who ever thought we’d be invited onto David Geffen’s superyacht?”

Okay, maybe I don’t have a future in improv comedy. But you see how the second statement builds upon the first. From there you might get to:

Player Two: “Since we’re here, let’s ask him for a lot of money for something!”
Player One: “Great idea! Maybe a donation to the zoo!”
Player Two: “I can draw on all my experience as a lion tamer! He’ll relate to that!”

What happens in a “Yes, and…” scenario is that one idea leads to another. Because this fosters communication and encourages the free sharing of ideas (even not-good ones such as my own above). As Wikipedia notes:

The “Yes” portion of the rule encourages the acceptance of the contributions added by others. Participants in an improvisation are encouraged to agree to proposition, fostering a sense of cooperation rather than shutting down the suggestion and effectively ending the line of communication.

In an organizational setting, saying “Yes” in theory encourages people to listen and be receptive to the ideas of others. Rather than immediately judging the idea, as judgment has its place later on in the development process, one should initially accept the idea, which enables the discussion to expand on the idea without limitations.

Practicing “Yes, and…” does even more than that. It inspires creativity, and it lifts people up. When you remove judgment at least at first, you open the door to inspired thinking. People respond to this. Unlike Thomas Edison, most of us are so used to getting shut down automatically that we either clam up or wind up pre-defeated. Hearing that the other person is open to input actually inspires us to lighten up, think creatively, problem-solve, and enjoy.

Why this is more important than ever?

Undoubtedly, we face great challenges. And, I agree, the daily news can be harrowing. (As, we should note, it has been throughout history. Black Death, anyone? World War I?)

Our best path out of these challenges — our best path toward solutions and a better tomorrow — lies in embracing opportunity, opening up optionality, and inspiring creativity. Because, yes, that’s the formula for change.

All we need is the right mindset.