What Color is Smart? What Font says “Hollywood?” 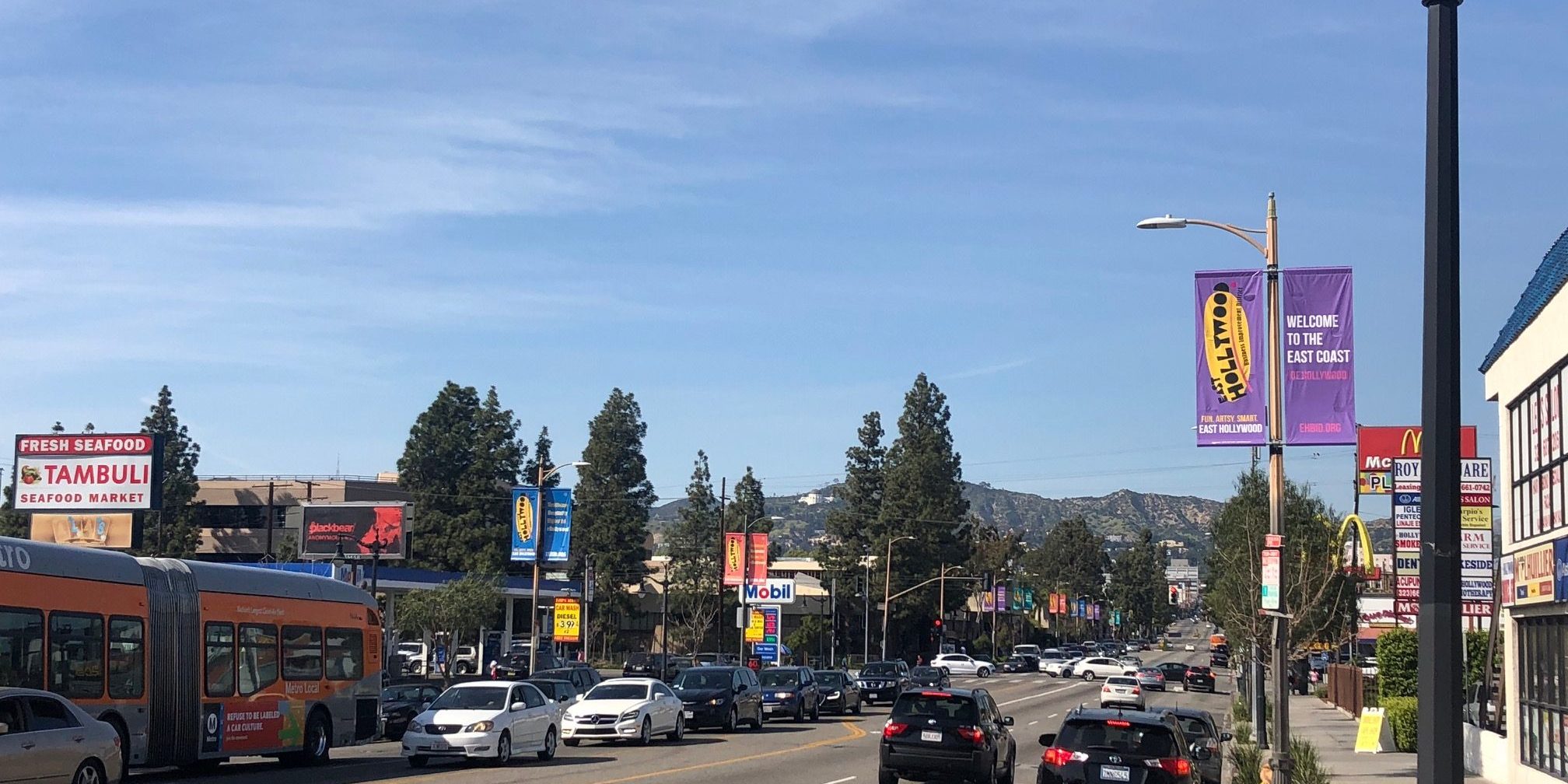 When we first starting working with the East Hollywood Business Improvement District, we knew that name recognition and identifying markers would be a critical part of establishing the region’s identity. We ourselves had been visiting East Hollywood for years — without realizing that it was East Hollywood! Like others, we confused the area with Los Feliz or Silver Lake.  We began with a few interactive sessions with key stakeholders, which helped us determine that the key identifiers for the region are “Fun,” Funky,” and “Smart.” After all, what is East Hollywood, with its boutique stores, homegrown eateries, and arts-meet-science focus, if not fun, funky and smart? The BID’s board of directors agreed. (Although later we all agreed to substitute “artsy” for “funky” because we wanted to highlight the area’s focus on the arts.)

Once we had the identifiers, we started in on messaging and a logo design, resulting in widespread sharing of the new logo online and in publications, and the street pole campaign (see below). All of these elements are designed to build recognition of both the business improvement district and its important work, and of East Hollywood — and, of course, to inform visitors and locals that they’re in a uniquely creative area of Los Angeles.

Here are some of the banners, spotted out in the wild: