Solving the crime of your company brand 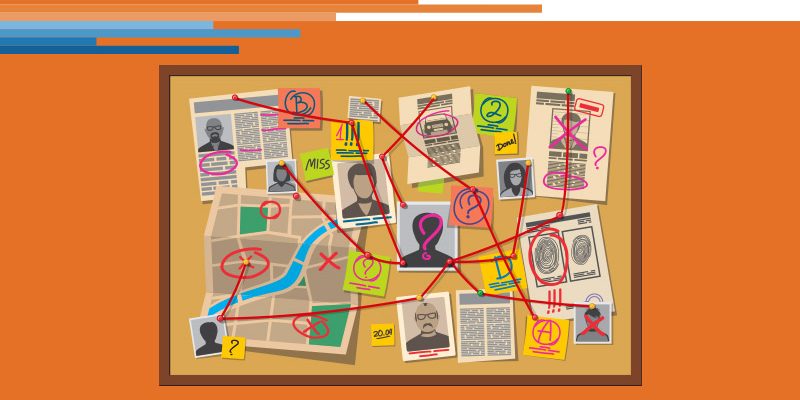 Ever wanted to play homicide detective while watching a police procedural show on TV? Here’s your chance — as you solve the case of your company positioning.

In marketing, “positioning” is the act of establishing your identity in the marketplace, and with that just who your product or service is positioned toward. A few examples:

The marketers behind each of those offerings know exactly the buyers they’re aiming for, and they position all of their marketing toward capturing those targeted buyers.

Positioning also helps you determine how to speak — in both how your company sounds in its communications — and also how to behave. Burger King won’t be sending a waiter over to see how your meal is, because that kind of customer service doesn’t match up with their positioning of low-priced, fast-serve food. But your upscale white-linen restaurant will, and the waiter will present the wine list early on.

Good positioning also gives you a sharp edge in the marketplace. Others can compete with you, but they can’t be you. If you can be uniquely you, and then match that with the right people, you can even build evangelists for your brand — as Apple, and Disney, and Trader Joe’s have done.

HOW DO YOU KNOW IF YOUR POSITIONING IS GOOD?
(OR BAD?)

How do you know if your positioning is wrong?  There are lots of ways:

Don’t! As they say, Rome wasn’t built in a day. Brands can and do evolve. Let’s look again at Apple. Apple evolved, and so can the rest of us.

When Apple started, it was very much a hippie thing, a computer in a wooden box, by hippies and for hippies, and appealing to the Whole Earth Catalog crowd, with a woodcut logo. Initial offerings were aimed at the longhairs in the local computer club who bought most of their stuff at Radio Shack. Then Apple became about a personal computer in the home for forward-thinking people. Then they went through a lot of turmoil and finally came back by saying “Think Different” and putting out commercials and billboards attaching themselves to brilliant successful famous people – Gandhi, John & Yoko, Thomas Edison, Pablo Picasso and others. And what they were saying was, You can be part of the herd (and buy a Dell), but if you’re truly different, you belong with us. Which was true, because at the time they had about 3 percent market share. Buying an Apple computer at that point certainly made you different. Somehow, what is now a mass-market global consumer suite of lifestyle products still has many people thinking they’re different (cooler) for buying it.

If your positioning is off — if you’re unsure how to present your company, how to talk about it, who the right target is for what you’re selling — then you just need to re-evaluate your positioning and adjust it.

Now that you’re on the case, get your notepad out. You start your evaluation by going questioning all of your assumptions like they are unreliable witnesses. Ask the who, what, where, when, why and how of your product offering:

And so forth. All of those great questions that TV homicide detectives ask. Except what you’re investigating is your brand.

Answering those questions and others helps a personality emerge. That personality is your new positioning. It’s like a dating service. You now know who you are — but you’ve got to get that great story about you out there.

And that story about your positioning? That’s what we call a marketing campaign.